Gal Holiday and the Honky Tonk Revue, "To Make Amends" 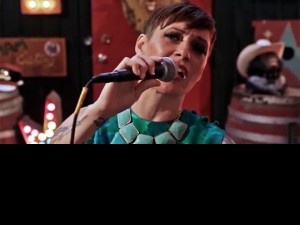 Just released: the first music video by Gal Holiday and the Honky Tonk Revue for "To Make Amends" a song from their most recent album Last To Leave. It was filmed live, in a single, long tracking shot, at Side Show Props/Moviesets in Slidell, LA.