Published on: January 4th, 2018
New Orleans celebrates 300 years this year, and in honor of that, we're launching a new series: WWOZ's Tricentennial Music Moments, on-air and online. In this feature, learn more about the moments, stories, and people who have shaped the Crescent City.

Yvonne Busch was one of the most important and influential New Orleans musicians, even though she was never a household name. A child prodigy and performer, she made a choice to change direction and teach in public schools -- and changed the lives of thousands.

Growing up in Treme in the 1930s, she learned to play any instrument she picked up. As a child and a teenager she toured the country in professional swing orchestras. She was on her way.

But she really wanted to teach. So, after college she got a teaching job in New Orleans. The students at Booker T. Washington Senior High were surprised when Miss Busch used her own money to repair instruments and buy sheet music. Miss Busch started teaching about jazz and popular music. Miss Busch revitalized the marching band. When her students wanted to put together an R&B band, she encouraged them… and she even helped put together the line-up of the Hawkettes.

Her musicians remained devoted, even when she moved on to other schools.  She spent two years jumping every day between Joseph A. Craig Elementary, McDonogh 41 Junior High, and Joseph S. Clark Senior High. She eventually settled at George Washington Carver Senior High. She set out to teach, and when she taught a student, they stayed taught.

She passed in 2014, at 84.  But you can hear her legacy, everywhere, in New Orleans and around the world.

This feature's narrator is James Rivers. He played clarinet for Yvonne Busch in the Booker T. Washington band in 1951. He plays sax, clarinet, flute, harmonica, and more -- including bagpipes.  He has performed with Sam Cooke, Jackie Wilson, Jimmy Reed, and many others. He has appeared on many soundtracks for films directed by Clint Eastwood, including Bird and Bridges of Madison County. He performed at the first New Orleans Jazz & Heritage Festival in 1970, and has appeared at almost every Jazz Fest since then. 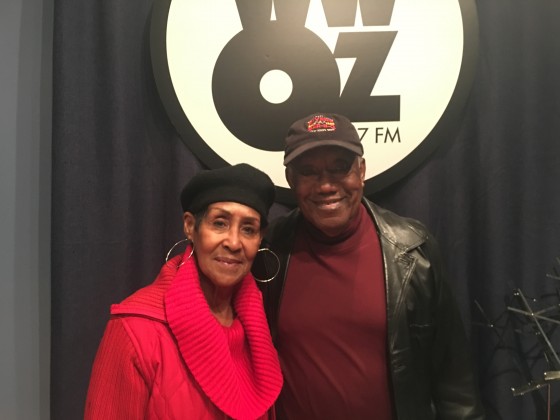 Special thanks to Dr Al Kennedy, author of Chord Changes on the Chalkboard: How Public School Teachers Shaped Jazz & the Music of New Orleans (Scarecrow Press, 2005) and "Louisiana Legends in the Classroom--Yvonne Busch: One Teacher's Role in Shaping New Orleans Music" (The Midlo Center at UNO).