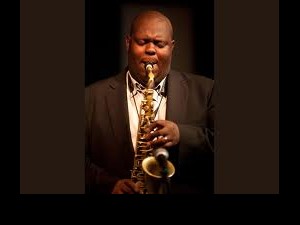 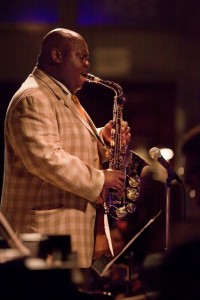 During part of  “Jazz from the French Market” on Thursday, January 17th, Jelly Roll Justice will feature tunes by the great alto saxophonist Wessell "Warmdaddy" Anderson

Wess has recently suffered a major stroke and is recovering while undergoing physical, occupational and speech therapy in Baton Rouge, Louisiana.  The segment of the show on Warmdaddy will celebrate some of his own compositions and his upcoming CD “Warmdaddy Plays Cannonball.”
Wessell "Warmdaddy" Anderson grew up in the tough Bedford Stuyvesent and Crown Heights neighborhoods of Brooklyn.  By the time he was 14 years old, he was deeply involved in the local jazz scene thanks in part to his father, an excellent drummer who played with Sonny Stitt.  He later studied at Harlem's famed Jazzmobile workshops with Frank Wess, Charles Davis, and Frank Foster.  The young Anderson also met Wynton and Branford Marsalis, who were both playing with Art Blakey's Jazz Messengers at the time.  At Branford's urging, Anderson soon departed New York to study with famed clarinetist Alvin Batiste at Southern University in Baton Rouge.
It wasn't long before Wess got his first big break, when Wynton Marsalis asked him to tour with the Wynton Marsalis Septet. Soon, Wess was off to the studio and the road with Marsalis, helping make some of the most defining music of the late-'80s and early-'90s jazz revival. Although Marsalis disbanded the group in 1995, Warmdaddy is still the first string alto saxist with Marsalis' Lincoln Center Jazz Orchestra.
It was during his time with Marsalis' group that he began to develop his own sound: a mix of traditional New Orleans jazz (in part from Batiste's influence)  and a sweeping blues style similar to that of Cannonball Adderly.
Anderson's 1994 debut album, “Warmdaddy In the Garden of Swing” (Atlantic Records), featured Anderson playing a set of all original compositions with big-name sidemen like pianist Eric Reed and bassist Ben Wolfe.  Anderson truly came into his own, however, with 1998's “Live at the Village Vanguard”, which found him in top form with his own hand-picked band of powerhouse young players, including trumpeter Irvin Mayfield, bassist Steve Kirby, pianist Xavier Davis, and drummer Jaz Sawyer.
In 2009 Wess released the critically acclaimed album “Warm It Up, Warmdaddy!” (Nu Jazz Records). The album was among the first jazz albums to combine multiple forms of media content on iTunes, as well as have several versions released with digital and audio content varying among the releases.  Prior to his stroke, Warmdaddy was working on his new release "Warmdaddy plays Cannonball” due out in early 2013 --- from which Jelly Roll will play several tunes.
The Jazz Foundation of America is trying to raise money for Wess Anderson's medical costs during this difficult period.
More information is available at
Jazz Foundation of America
Alisa Hafkin, LCSW    Director of Social Services
322 W. 48th St 6th Flr
New York, NY 10036
212-245-3999 Ext 12      alisa@jazzfoundation.org