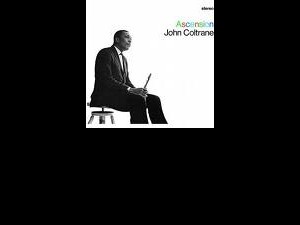 Tonight, in honor of the late great educator, jazzman, WWOZ DJ, and all around upright bad ass Don "Moose" Jamison, we'll put the epic late period John Coltrane composition "Ascension" on around 10 PM Tueday 4/6/10 on the Kitchen Sink. This is to commemorate Easter for those of us who celebrate such things. Moose, who used to do the 5 AM Sunday morning jazz show, would always put Ascension on for the same reason when he was on WWOZ in the 1990s. And then, as if that won't blow your mind and change your body chemistry as you hear the raw beauty of Trane and his band, we'll put on the Rova Orkestra electric version of 2003 or some year like that. Prepare yourself to hear some serious stuff, or, as Rahsann said, "Prepare yourself to deal with a miracle
Topic tags:
Special Show