A Circle Around the Sun: A word about the song, as a form. 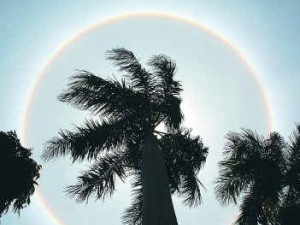 Air time:
Friday, April 2, 2010 at 5:00am
Use to be, a song belonged to no one. You just reach up and catch one in the air, as Keith Richards once said, and of course I paraphrase. My opinions on this are based on no knowledge but for listening to songs. Speak of the blues. There is really only one blues song, the song of all songs. It’s about the devil at the crossroads, and the circle round the sun and about the way a woman will fix cornbread for her husband, but biscuits for her (doggone) man. You may hear an old song that sounds just like another, only listed on a record by another name, and even a different author. Or as a traditional. This is true especially in the “blues” folk tradition. Songs like Spoonful and Gallows Pole* (sometimes wrongly spelled as Gallis Pole) were probably passed along the byways and highways by traveling men and women. or maybe the ghosts of Griots. Until a smart someone figured out how to make money by putting their name to a song, * Gallows Pole has been traced all the way back to England.
Topic tags:
Reflections and rants