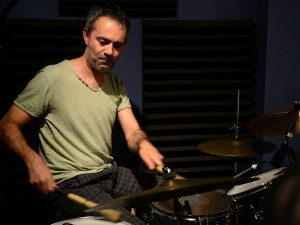 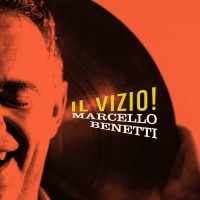 Marcello Benetti is a busy individual, whether he’s working on his own compositions, playing with New Orleans’ finest, or even co-producing his own music festival, Benetti still finds the time to release Il Vizio! Released March 4, Il Vizio! or “the vice” is comprised of compositions in which Benetti tailored for his “family of musicians” whom he’s worked with in the past in addition to Il Vizio!

Benetti employs the help of Trapper Keeper collaborator, Will Thomson (keys), Jeff Albert (trombone), Rex Gregory (clarinet, bass clarinet, flute, tenor sax), Helen Gillet (cello), Dave Easley (steel guitar), and Mike Dillon (vibraphone, tablas, congas). Il Vizio! is comprised of seven tracks, each of which feels like its own journey as Benetti has merged the sound of  the “electric-psychedelic” improvised sound of Trapper Keaper with the more composition-heavy influence of Benetti’s 2012 project Shuffled, a quartet comprised of some familiar faces on Il Vizio!

Each track is like its own wild ride, growing from one musical motif as the band grows the sound around it, occasionally incorporating other melodic grooves before switching the sound completely to another motif. The compositional approach from Shuffled combined with the freeness of improvisations allows for some interesting moments in Il Vizio! but are reigned back in by pleasant, danceable grooves that treat the listener after the musicians indulge in their organized chaos.

As a composer, Marcello Benetti treats each track with a specific member of his group in mind; each track has at least one instrument of the ensemble more dominant throughout, allowing each track to have its own identity, while still remaining cohesive with the rest of the record. 'Crawling' begins with a classically influenced interplay between the cello and trombone that resolves into this klezmer style clarinet line that builds tension before going into warm, groovy section decorated with electronic keys. Each song keeps the listener guessing where the music will go next, but Benetti does not compose against the listener. While there are chaotic moments filled with trepidation, there are also moments of groove and funk that feel rewarding and bring the music back to earth.

Overall, these diverse tracks successfully keep the listener on their toes by constantly changing throughout the songs. They successfully blend moments of improvised chaos with groovy, melodic sections that mesh nicely while also bringing the music back down to earth. Il Vizio! deserves a close listen in order to fully appreciate the complexities within these compositions.

Il Vizio! is available on CD and mp3 from Louisiana Music Factory, Bandcamp, and Amazon. Marcello Benetti will be celebrating the release of Il Vizio! on May 26, 10p at Café Istanbul (2372 St. Claude Ave).