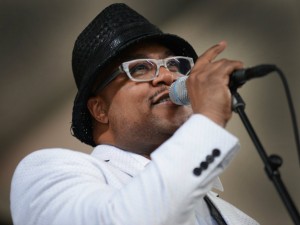 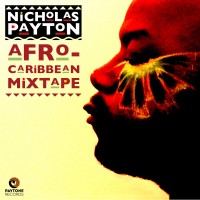 Grammy Award winning trumpeter and multi-instrumentalist Nicholas Payton added another release to his already extensive and prolific catalog, entitled Afro-Caribbean Mixtape. Nicholas Payton’s early entrance into the jazz scene type casted him as a neotraditionalist, and Payton has spent the majority of his musical career distancing himself from the misnomer. With the release of Afro-Caribbean Mixtape, Payton is successful in creating something that blends a myriad of influences, pay homage to some of the older traditions, while also creating something innovative and refreshing.

Afro-Caribbean Mixtape, released February 10, is a bold expression of his attitudes towards these issues of which he has long been focused and draws from a myriad of influences like modern jazz, funk, hip-hop, and spoken word. Spread across two CDs, it contains over two hours of music alternating between short introductions with longer, pondered compositions. Payton’s trumpet playing is dynamic. Whether he steps back from the trumpet to create space or he brings the heat and passion through his art, Payton masterfully commands the dynamics of this record in an intriguing and thought-provoking manner.

Mr. Payton takes the listener on a sonic journey through the past and present by contrasting tasteful and melodic phrases of his trumpet reminiscent of the music Payton cut his teeth with the contemporary scratching that characterized early hip-hop. The spoken word element of Afro-Caribbean Mixtape and the way Payton treats these samples act as another instrument while also contextualizing some of the social undertones of Payton’s mission. Taking samples from some jazz pioneers like Art Blakey, Miles Davis, Duke Ellington, Max Roach, and Dizzy Gillespie, Payton’s use of primary sources to explain some of the social implications of how black artists created and shaped this music provides legitimacy to Payton’s mission.

Highlights from Afro-Caribbean Mixtape include ‘#BAMboula,’ which starts out with a groovy drum beat that builds to provide a foundation for a spoken-word section that leads into some of Payton’s tasty phrasing accompanied with some record scratching to complement the rhythm of the drums. ‘El Guajiro,’ the male counterpart to the preceding interlude ‘La Guajira’ explores more of the Latin influences that permeate the record. ‘La Guajia’ is an upbeat more traditional Latin number that allows Payton’s trumpet to dance around the repeating chorus, paying homage to the more traditional Latin compositions. ‘El Guajiro’ is starkly different as it opens up with reversed keyboard and trumpet samples that preface a mellow composition that plays with time and highlights Payton’s affection for the Fender Rhodes.

Overall, Afro-Caribbean Mixtape encompasses a multitude of influences, whether it’s modern jazz, soul, Latin, funk, or spoken-word, Payton successfully finds a way to link these influences together to create compositions that are innovative, yet cognizant of the tradition that allowed them to exist today.

Afro-Caribbean Mixtape is available on CD and mp3 from Bandcamp, Google Play, and iTunes. Nicholas Payton will be performing at the 2017 New Orleans Jazz & Heritage Festival on Sunday, May 7 at 4:05p in the WWOZ/Zatarain's Jazz Tent.