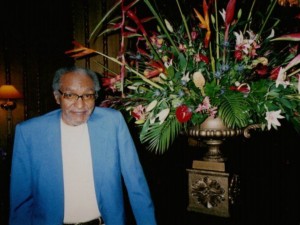 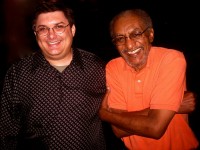 Longtime WWOZ volunteer and show host Lewis White passed away earlier this month after a long bout with Alzheimer's Disease. Lewis hosted the Tuesday edition of Jazz From The Park for many years and was well-regarded for his impeccable musical taste and deep knowledge. Lewis's theme song, Bennie Green's 'Soul Stirrin',' opened each of his shows on WWOZ and perfectly set the tone for the rest of his program. "[It was] an edification, enlightenment, and enjoyment for 'grown folks,'" shares current 'OZ show host Michael Dominici.

Lewis had a taste for classic jazz and also kept up on the contemporary scene. He adored the ladies of jazz, including Ella Fitzgerald, Sarah Vaughan, and Nina Simone, and was quick to add local favorites to his repertoire-- artists like Leah Chase, Germaine Bazzle, and Troi Bechet. Likewise, his taste for Miles Davis, Clifford Brown, and Freddie Hubbard was complemented by New Orleans greats like Wynton Marsalis, Terence Blanchard, and Nicholas Payton.

In addition to his refined musical taste, Lewis had a razor sharp wit and was always a class act. One of his most memorable declarations was, "Let your joy be unconfined!" As such, let's hope he's debating with gusto and swinging to some bop wherever he is in this universe. 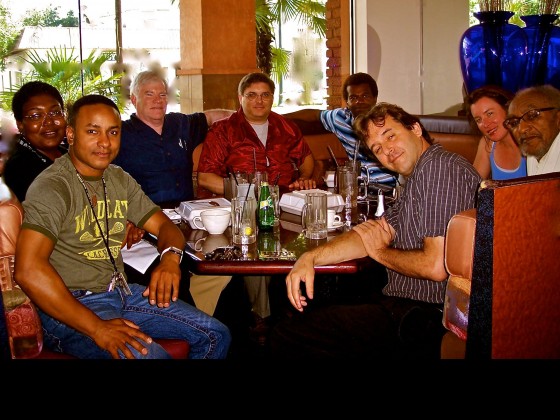 A personal recollection from WWOZ show host Suzanne Corley, who worked closely with Lewis at 'OZ:

"Lewis White was the sweetest man I've ever known. I was incredibly lucky to have him be my DJ to shadow as I was first training at WWOZ. He became my radio mentor and hero. In addition to his radio work here, he had spent time on the air in Birmingham, AL, in the 1960s and 1970s. He had fascinating and sometimes chilling stories of what it was like to live through the Civil Rights era in Birmingham. He was elegant and dapper and cordial and a font of jazz knowledge and appreciation. I loved him, and I love his partner Iris who adored him and took such good care of him these past few years, and who was beside him as he drew his last breath last week. I wish her all the comfort in the world and know that she will miss him more than all of us put together."

and from Michael Dominici:

"I had the personal pleasure of his company on numerous occasions. An evening with Lewis always began with a visit. That visit took place in his parlor where jazz gems were passed around like canapés at a soiree for swells. Afterwards, I'd take Lewis, who was a bit of an epicurean to local favorites such as Casamento's or Clancy's. Inevitably this was followed, naturally by an evening of jazz at his favorite club, Snug Harbor. As far as I'm concerned Lewis White was the only real true blue Southern Gentleman I've ever known, and he will surely be missed by me and anyone that ever had the pleasure of his company!"

Please feel free to add your own memories in the comments below.