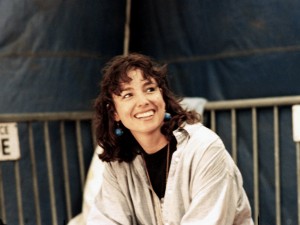 This weekend, the New Orleans Jazz & Heritage Foundation Archive and NOLA 4 Women are collaborating on a two-day event honoring the late Allison Miner at the George & Joyce Wein Jazz & Heritage Center (1205 N. Rampart). The events are part of a multi-organization effort spearheaded by NOLA 4 Women to highlight the contributions of women to the city of New Orleans.

On Friday, March 24 at 7p, there will be a screening of Reverence, a documentary about Allison Miner. A Q&A session with director Amy Nesbit will follow. Reverence is a close look at the life and work of a woman who spent her life "struggling to unite people of different races, classes, and genders through the healing power of music." It first premiered in New Orleans in 1997.

On Saturday, March 25, there will be a panel discussion about Allison's contributions to New Orleans music and culture, moderated by Helen Regis, with panelists Mary Len Costa, Stafford Agee, Amy Nesbit, and Jonathan Kaslow. This event is an opportunity to hear from those who knew Miner well and worked with her closely. It also will be an opportunity for audience members to share their own remembrances.

The Jazz & Heritage Archive - which Miner founded - is an educational resource that identifies, collects, preserves and protects materials of cultural and historical significance to New Orleans and Louisiana, as well as the records of the New Orleans Jazz & Heritage Foundation and its assets and programs. Nola4Women celebrates women and girls and provides forums to address the challenges they face and promote a future where they have the opportunity to reach their full potential.

Allison Miner was born Elizabeth Allison Crowther in Baltimore, Maryland, and grew up in Daytona Beach, Florida, where she attended Seabreeze High School. During high school she performed as a vocalist with her friend and classmate Duane Allman and his brother Gregg in their fledgling band at local venues under the billing A. Miner & The Allman Joys. The brothers would go on to form the legendary Allman Brothers Band.

She moved to New Orleans when she was 17, after hearing Danny Barker on TV say New Orleans was a city that cries when you’re born and celebrates when you die.

She came to New Orleans with hopes of becoming a singer, but it was at her job as an administrative assistant at Tulane University's William Ransom Hogan Jazz Archive where she developed a passion for New Orleans music.

When George Wein, the founder of the Newport Jazz Festival and Newport Folk Festival, asked the Tulane University Jazz archive's then director Richard Allen to recommend people who could help him launch a New Orleans music festival in Congo Square, he suggested his employee Miner. She was then seeing Quint Davis, who is today the festival's producer-director. The two began rounding up interested musicians. The festival grew into what is today the New Orleans Jazz & Heritage Festival presented by Shell.

Allison helped to run the festival for its first five years. She is also credited with founding the New Orleans Jazz & Heritage Foundation Archive, which contains recordings from musicians interviewed at the festival as well as other documents, photographs, recordings and artifacts related to the Festival and Louisiana culture.

She also went on to guide the career of Professor Longhair, aka Henry Roeland Byrd, from the mid-1970s until his death in 1980. During those years, he toured overseas, produced popular recordings and gained critical acclaim. Her husband at the time, Andrew Kaslow, led Professor Longhair's back-up band. "Her devotion to Professor Longhair gave him the best years of his life," Wein was quoted as saying in an obituary that ran in The Times-Picayune.

Miner and Kaslow moved to Cleveland in the mid-1980s, where she produced a Cajun and zydeco radio show at Case Western Reserve University on WRUW 91.1, led the National Folk Festival at the Cuyahoga Valley National Park and was development director at the Cleveland Music School Settlement.

Miner returned to New Orleans in 1988, creating the Jazz Fest's Music Heritage Stage, which features interviews with performers. "This is my way of bringing the Jazz Fest back to the way it was in the old days, like sitting around the living room floor and getting to know these people," she said in a 1990 interview. "It was our way of having a more intimate involvement with the musicians.... We talk and they perform and answer questions from the audience. People say it's like the Oprah Winfrey part of the festival." Miner said that Jazz Fest "is a reflection of what the world needs to know about New Orleans music."

It was during her second stint in New Orleans that Allison began managing the Rebirth Brass Band, helping to grow the group from local phenomenon to mainstays of the international touring circuit.

In the tribute film Reverence, Allison is quoted as saying, "I want a little more reverence for what we're doing, and I want to hear what these people have to say about themselves and give them a chance to feel important like they're worth something. We're not just slapping them up on the stage and slapping them off."

In December 1995, Miner succumbed to complications from Multiple Myeloma. Her memorial service and traditional New Orleans jazz funeral were held at City Park and attended by many musicians from the city such as Kermit Ruffins and the Zion Harmonizers. The Heritage Stage was renamed in her memory as the Allison Miner Music Heritage Stage. In 1997, her book “Jazz Fest Memories” was published posthumously by Pelican Publishing Company. The book contains photographs by Michael P. Smith and descriptions and stories of the early days of the festival.