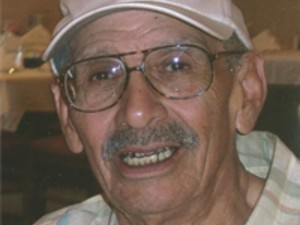 Arnold "Sweets" DePass passed away on February 20, 2017 at the age of 87. Born July 28, 1929, DePass was a member of the legendary Dooky Chase Orchestra in the mid-1940s where he honed his skills as a celebrated jazz musician and stage performer - earning the name “Sweets” for his congenial nature and comradely with others. Mr. DePass continued his musical training and development under the tutelage of Professor Alonzo D. Eidson, M.M. at the Educational Gateways Conservatory of Music in New Orleans, Louisiana where he earned his professional credentials in Applied Vocational Music in 1957.

As a performer, arranger and teacher he played with such music notables as Ellis Marsalis, Nat King Cole, Benny Powell, Vernel Fournier, Warren Bell, Bo Jangles Ethel Waters, Dave Bartholomew and WWOZ's own Don "Big Moose" Jamison. On April 29, 1997, he was honored with the Living Legend Award from the New Orleans Jazz & Heritage Festival, Inc. as a legendary master of musical excellence on the trumpet.  His talent flourished for more than 50 years in various Big Band, Rhythm & Blues, and Jazz ensembles.

Arnold proudly served in the U. S. Army from 1950-1953, where he was a member of the General’s Jazz Band. Mr. DePass was also notably the first African-American U.S. Postal Service Letter Carrier in City of Opelousas, retiring in 1990 after 27 years of dedicated service and a Life Member of 50 years in the National Association of Letter Carriers.