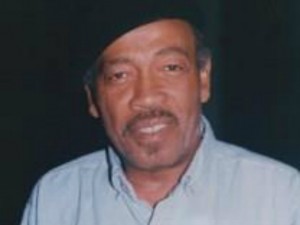 Mr. Sims was born April 13, 1935, in Rome, Georgia, and grew up in Chicago. He was in the U.S. Navy for 13 years, serving on the U.S.S. Skate, the first nuclear submarine to surface at the North Pole. From 1993 to 2010, he and his wife, Donna Poniatowski, ran Donna's Bar & Grill, a popular brass band and jazz club on North Rampart. The club attracted many top-notch local performers as well as local and international jazz fans. When it closed, Donna's Bar & Grill was the last surviving live music club on North Rampart.

"Charlie was almost like a musician because all of the musicians were crazy about him," trumpeter/vocalist Gregg Stafford told OffBeat. "He knew everybody by name. He was the kind of person who loved to have fun, loved to talk and he cared about people."

"Mr. Charlie was one of the nicest human beings that I ever came across in life and he was always passing along a lot of knowledge," shares Troy "Trombone Shorty" Andrews.

A memorial for Mr. Charlie will be held on Saturday, March 4 at the Carver Theater (2101 Orleans Avenue). Music and remembrances will begin at 11a followed by a jazz funeral that will disband at the Mississippi River Bottom bar (MRB) at 515 St. Philip St.

I once placed the recorder on the bar and let it run all afternoon as Charlie and Donna spun stories. They were on that day as our short lunch ran right into dinner.

On tonight's show - the voices and stories of Charlie and Donna plus the music of Donnas. Midnight Saturday March 4th - it will be radio to recall those magic nights at Donna's Bar and Grill.

Also see the two week archive of shows here at WWOZ.org for a replay (listed as Sunday morning).