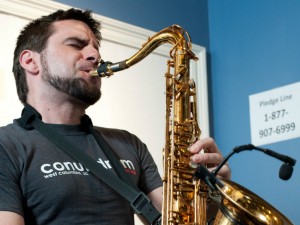 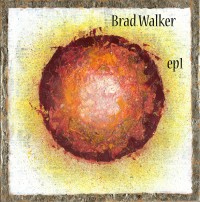 While he’s not busy touring the country with Sturgill Simpson or busy in the studio playing on other musicians’ projects, saxophonist-composer Brad Walker explores new ground with EP1, released February 1. Last year, Walker and his band recorded in Living Room Studios in New Orleans not entirely sure whether or not those sessions would yield a full record or more of a foundation for later sessions. The Living Room sessions yielded two performances that stuck out to Walker, which would culminate into EP1, the first of a series of shorter “in the meantime” releases in between full-length records.

EP1 features Brad Walker (saxophone), Oscar Rossignoli (piano), Nathan Lambertson (bass), Danny Abel (guitar), AJ Hall (drums), and Max Zemanovic (percussion) with the help of Brian Seeger to produce and also play guitar. This 5-track EP begins with a cover of Little Dragon’s ‘Twice,’ featuring vocalist Mikayla Braun. 'Twice' clocks in at a leisurely seven minutes-- long enough to create a rich atmosphere leading into the rest of the record. Walker calls EP1 “a musical journey, a story with no words,” as the listener hears many highs and lows throughout. The centerpiece of the record is ‘Horizon,’ an original composition by Walker that is bookended by ‘Lullaby’ by Codona’s Collin Walcott. A version of Sun Kil Moon’s ‘Half Moon Bay’ comes together to create one long continuous suite, named the Living Room Suite, as an homage to Living Room Studios.

Notably, Walker is also part of the New Orleans-based brass crew backing up Sturgill Simpson on his latest tour, including recent apperances on late night TV on Saturday Night Live and with Conan O'Brien, Jimmy Fallon, and Stephen Colbert.

Brad Walker and his band will be celebrating the release of EP1 on Wednesday, February 1 at Chickie Wah Wah.

EP1 is available on CD and mp3 from Bandcamp, Google Play, and iTunes.