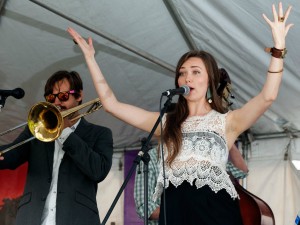 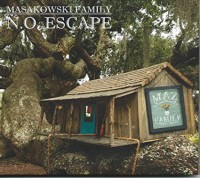 Steve, Sasha, and Martin Masakowski teamed up with Paul Thibodeaux for a new release under the Masakowski Family moniker. The 8-song N.O. Escape, released December 22, does a great job highlighting the outstanding vocals skills of Sasha Masakowski and musicianship of the entire family. Sasha is joined by father Steve (guitar, banjo, keyboard), brother Martin (bass), and drummer Paul Thibodeaux for these songs.

Sasha's skills as a smooth and bright jazz vocalist stand out, especially on 'Crescent City Jones' and 'Exactly Like You,' both of which feature scatting. 'Too Bad' is a classy song, harkening back to another era when folks dressed up to perform or attend concerts. The family has also included a uniquely light and airy version of the usually dark 'House of the Rising Sun.' The closing and title song, 'N.O. Escape' is the strongest on the record; a truly beautiful tune.

In addition to performing and recording as a musician, Steve is a music professor at the University of New Orleans by day. The family was recently recognized in NOLA.com's "musical families of New Orleans" series (read it here).

N.O. Escape is available on CD and mp3 from the Louisiana Music Factory, Amazon, iTunes, and Bandcamp.