The Funky Meters with Allen Toussaint 'Ride Your Pony' 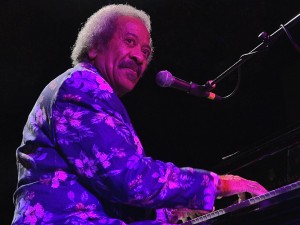 In honor of Toussaint's birthday on January 14, we're spending this week looking back at some fantastic tributes that our 2016 Piano Night performers paid to him last April along with a couple of great performances from Toussaint himself. See the whole collection here.

Today's feature is from Crescent City Blues & BBQ Fest 2015, one of Toussaint's final performances in his hometown. He joined The Funky Meters onstage for 'Ride Your Pony,' a song written by Toussaint and first released by Lee Dorsey in 1965.