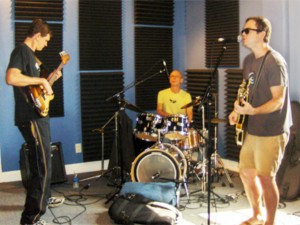 Marcus Burrell and Stephen Kelly of Gravy at WWOZ in 2009 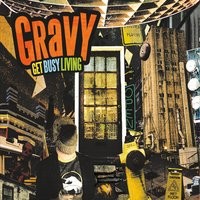 Released on December 9, Get Busy Living from Gravy draws heavily from New Orleans funk, delivering bouncing and easy to dance to songs that lend themselves well to a live setting. The soulful vocals of Stephen Kelly and Christopher Di Benedetto are warm and guide the listener throughout the funky landscapes of each track. These funky landscapes set up a template for a multitude of extended solos when performed in a live setting, and are a taste of what is possible from these musicians in the studios.

Get Busy Living is available on CD and mp3 from CDBaby.