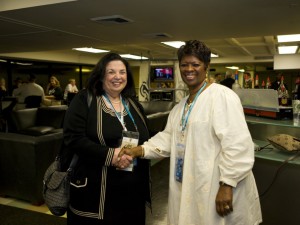 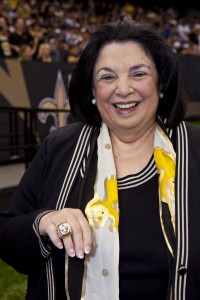 Carol Solomon, a highly successful businesswoman and longtime WWOZ ally, passed away over the weekend at age 72. As CEO of Peoples Health since 1997, Carol built the company into a regional health care powerhouse with more than 55,000 beneficiaries.

Carol was a vocal champion of WWOZ and joined our board of directors in 2009. She soon become chair of the board and was instrumental in working with the professional team at WWOZ to ensure the station could thrive and had a platform for growth in the coming years. She was always a big proponent of WWOZ and a major supporter of our live events, including our long-running Piano Night, held the Monday between Jazz Fest weekends.

"She believed that 'OZ was the 24/7 voice of the New Orleans Jazz & Heritage Foundation and was our best diplomat on the Foundation board as well as the community as a whole," says Deb Harkins, current President of WWOZ's Board of Directors. "She will be missed by the entire community but certainly will always hold a special place in the hearts of the listenership of 'OZ. We are heartbroken to lose this wonderful spirit and guardian of our mission."

In addition to serving as the president of WWOZ's board of directors, Carol held leadership positions with a number of other important community organizations, including the New Orleans Jazz & Heritage Foundation, Louisiana Association of Health Plans, the Louisiana Health Institute, the United Way of Southeast Louisiana Women's Leadership Initiative, and New Orleans Opera Association. She was recognized in 2004 and 2006 as a New Orleans CityBusiness Women of the Year honoree and won the prestigious award in 2008.

Carol was a longtime advocate for WWOZ and we will miss her greatly.

Family and friends are invited to St. Mary’s Church (1116 Chartres St.) on Friday, December 9 for visitation and Words of Remembrance beginning at 9:30a, followed by a funeral mass at 12p.  See here for the online guest book.

The family requests that in lieu of flowers donations be made to the United Way of Southeast Louisiana. Please see here to donate in Carol's memory.