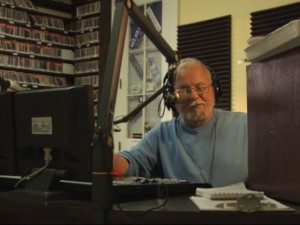 The New Orleans Film Fest is coming and one of the featured films this year is One Note At A Time, sharing the story of musicians as they returned to New Orleans after Hurricane Katrina and dedicated their lives to keeping the music and culture alive. This week, we'll be featuring different clips and extras from the film.

Today's first extra takes us back a few years to the WWOZ studio inhabited by the great Billy Delle on his longtime show, 'Records From The Crypt.' The second features Little Freddie King at WWOZ with Jennifer Jones, "Dancing Queen of New Orleans," in the background.

You can catch the One Note At A Time world premiere at this year's New Orleans Film Festival on Sunday, October 16 at the Entergy Giant Screen Theater. Check back tomorrow for two new sneak previews.