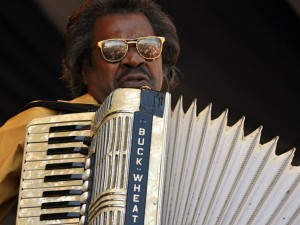 Stanley “Buckwheat” Dural Jr. passed away early on Saturday, September 24 at the age of 68. Dural rose to prominence as the leader of Buckwheat Zydeco, becoming synonymous with the band's name as he brought Louisiana zydeco music to an international audience. He performed to a television audience of billions during the Closing Ceremonies of the 1996 Atlanta Summer Olympics, was featured during Bill Clinton's presidential inauguration, and was nominated for multiple Grammy Awards throughout his career, winning one in 2010 for 'Lay Your Burden Down.' He collaborated with many high-profile mainstream artists throughout his career, including Eric Clapton, Robert Plant, Keith Richards, and Willie Nelson.

Dural was born in rural Lafayette in 1947 to a large farming family with 13 children. He took up piano, keyboards, and organ early in his life and began performing funk and rhythm & blues. After performing in local clubs, he joined guitarist Paul “Lil Buck” Sinegal’s band, Lil Buck & the Topcats. In 1971, he founded his own 15-piece group, Buckwheat & the Hitchhikers. In 1976, he joined Clifton Chenier’s Louisiana Red Hot Band as organist. In 1979, he released his first album as Buckwheat Zydeco on a small independent label. His onstage performances were full of showmanship and style, as he took influence from other colorful characters like James Brown and Chenier.

Dural was a mainstay at festivals throughout Louisiana for decades, includng the New Orleans Jazz & Heritage Fest and Festival International de Louisiane.

Funeral services are set for 11a  Monday, October 3 at Immaculate Heart of Mary Church, 905 Surrey St., in Lafayette. Visitation will be held from 4 to 9p Sunday and 8 to 11a Monday at the church.

Below, see some of the photos we've captured of Buckwheat Zydeco throughout the years and a performance highlight from his appearance at the Montreux Jazz Festival in 1989. 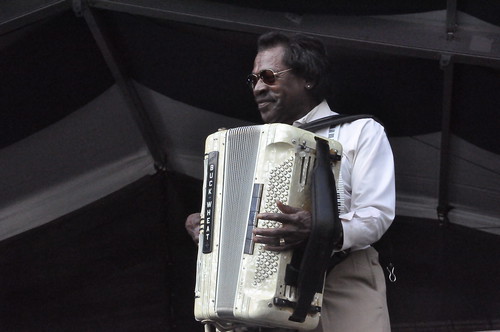 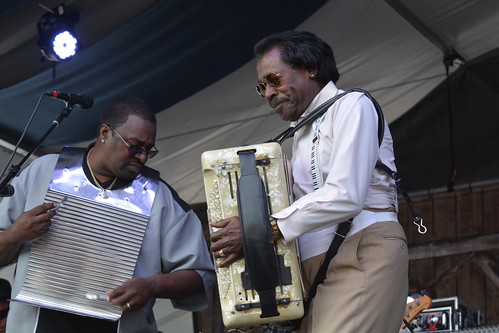 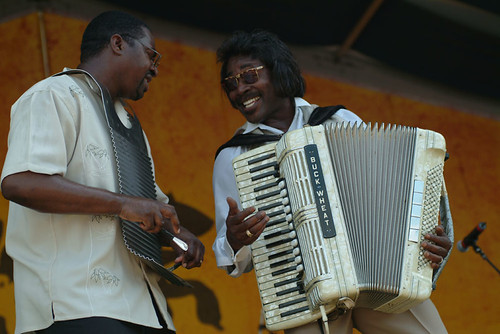 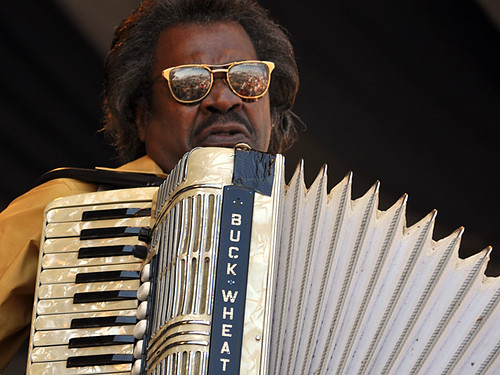 Buckwheat Zydeco on the Gentilly Stage 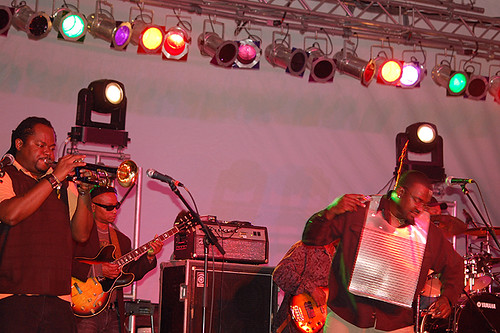 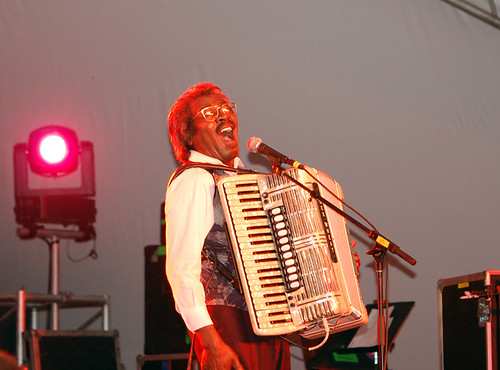 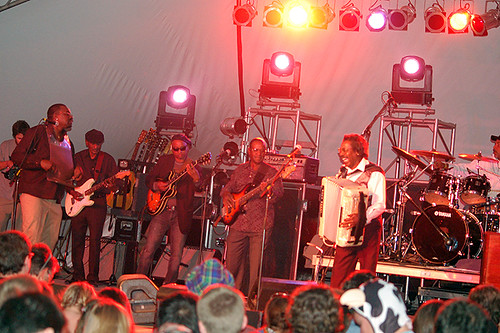 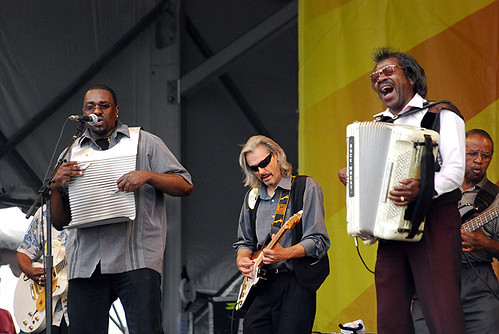 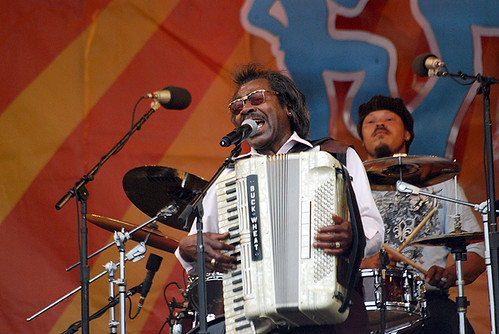 Buckwheat Zydeco (Stanley Dural Jr.) belts one out at Jazz Fest on April 30
Previous Next
Topic tags:
In Memoriam, In Memoriam 2016