A Drop of Lonestar Stout at Irish Fest New Orleans 2016 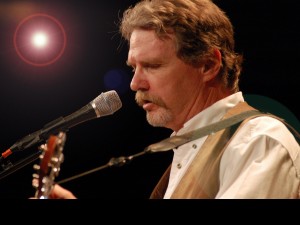 This year marks the third annual Irish Fest New Orleans, which will take place on Saturday, September 17 at the Kingsley House, 1600 Constance St.

Headlining the festival this year is singer-songwriter and guitarist Jed Marum who, along with Scottish native Hugh Morrison, make up Celtic music group Lonestar Stout. The performance at Irish Fest is part of a ten-day tour, and includes venues in Mississippi, Alabama, and Tennessee.

While Marum is a native of Boston, he has called Dallas home for the last 20 years. Morrison was born in the Scottish town of Wick, and studied button accordion under famous accordion masters Ali MacGregor and Jimmy Shand.

“I grew up in Boston, and everyone in my neighborhood was of Irish descent so I grew up listening to Irish music,” said Marum. “My parent both sang all the old songs and I loved them. Phil the Fluter was a song my father san all the time, he learned it from his father, who learned it his grandfather. So my family goes back a long way.”

Marum moved to Texas in 1986 and began performing professionally in 2000. When he first started in the music business, he was a regular at the now-defunct O’Flaherty’s Irish Channel Pub on Toulouse Street.

“New Orleans is a generous city,” said Marum. “I just love the town. It is such an interesting place to be. I love the food, and I sample everything; it is a good job that I walk a lot when I am here, because I eat a lot too. And I love the chance to play with Hugh; he is a button accordion player, so that is a just party in a box!”

“There is a wonderful influence of Irish culture that sits nicely in New Orleans,” said Marum. “And I would just love to see that flourish.”

Irish Fest New Orleans will be take place at Kingsley House, 1600 Constance Street in New Orleans on Saturday, September 17, from 9 a.m. to 7 p.m.

More information about Jed Marum and Lonestar Stout is available at http://www.jedmarum.com/