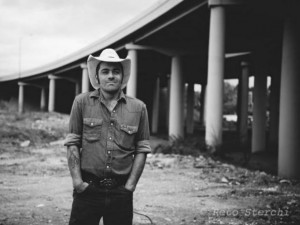 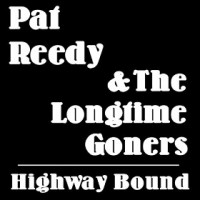 Pat Reedy has split his home between New Orleans and Nashville over the last few years. Much of his time over the last decade has been on the road, though, playing at rural bars, festivals, and more. His latest album with his band The Longtime Goners, Highway Bound, reflects that experience. Reedy says, "The album came out of New Orleans. I knew I wouldn’t be there much longer, and I was trying to capture a specific sound and feel that I associate with New Orleans. Hopefully that comes across.  They are songs written on 2x4 scraps with carpenters pencils and played by New Orleans street performers in a studio in Nashville."

Country music is not a genre most associate with New Orleans but Reedy has been influential in the Lower 9th Ward's burgeoning Americana community which has spawned national breakout artists Hurray for the Riff Raff and The Deslondes in recent years. "[It was a pivotal point in my career] when I first went to New Orleans and met honest-to-God great street performers for the first time. I could play a few chords on a guitar before then but that’s when I started doing it seriously. They were extraordinarily patient and welcoming. It’s a great place to learn to play," Reedy said in a recent interview with Alive Magazine.

Reedy's bright and mischievious eyes show a man that has a taste for adventure, a trait that shines through on Highway Bound. His unique twang and experiences give the music a broad brush of authentication missing from most of today's country/folk artists. 'They Know My Name' highlights this perfectly, a dark country ballad punctuated by John James's (also of The Deslondes) poignant pedal steel playing.

Tales of Reedy's life on the road shine through on 'Wild Crazy and Free,' the album's title track, 'Highway Bound,' and the powerful 'Blue Eyed Girl.' Local listeners will recognize a famous New Orleans thoroughfare in 'Burgundy In The Rain.'

Lagniappe: hear a WWOZ exclusive below, The Longtime Goners' 'Coal Train Blues' as recorded by The Deslondes' Sam Doores in his living room. Their video for 'Down In Pasco' is below that. Both were recorded in the Holy Cross neighborhood of the Lower 9th Ward.

Highway Bound is available on mp3 and CD from CDBaby and directly from the Longtime Goners.

Pat Reedy: a bad influence in a good way on some great musicians