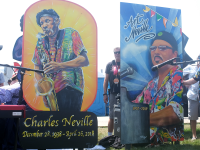 Three years since Jazz Fest means three years since Ancestors were honored. The last three years brought tremendous loss to New Orleans' music and cultural communities. Here's some of what has been done at the Fair Grounds to celebrate the memories of those who passed.

There were jazz funerals both weekends for Jazz Fest founder George Wein, who passed on last September at 95 years old. On Friday, May 6, there was a performance by his band, the Newport All-Stars, in the Jazz Tent featuring Howard Alden, Randy Brecker, Anat Cohen, Jay Leonhart, Lewis Nash, Christian Sands, and Lew Tabackin. Hear that performance through May 19 on our 2-week archive. Earlier in the day, the Newport All-Stars were interviewed on the Lagniappe Stage and Christian Sands joined us for a short interview during our live broadcast from the festival.

A jazz funeral was held on Saturday, April 30 for Dr. John, who passed in June 2019. He was also honored with a tribute set on the Festival (formerly Acura) Stage on Sunday, May 8, featuring special guests Irma Thomas, Cyril Neville, Jon Cleary, Ivan Neville, Davell Crawford, and John Boutté. John Papa Gros was also scheduled to appear but was unable to make it due to covid.

Dave Bartholomew died in June 2019, at the age of 100. On Thursday, May 5, the Dirty Dozen Brass Band, joined by Elvis Costello and Al "Lil Fats" Jackson, performed a set in his honor on the Gentilly Stage.

Jazz pianist, educator, and patriarch Ellis Marsalis Jr. died in April 2020 at 85. On Sunday, May 1, a set in his honor entitled "In Memory of Ellis Marsalis" was played by the Ellis Marsalis Band featuring David Torkanowsky, Oscar Rossignoli, Shea Pierre, Jesse McBride and special guest Jason Marsalis. On Thursday, May 5, a memorial in his honor was unveiled in Congo Park.

Zydeco & blues legend Paul "Lil Buck" Sinegal of Lafayette passed away in June 2019 at 75. There was a set in tribute to him featuring Sonny Landreth, CC Adcock, and Lee Allen Zeno in the Blues Tent on May 6.

Inside the Grandstand, the Backstreet Cultural Museum paid homage to the many hugely influential members of New Orleans cultural communities that were lost over the last three years: founder and proprietor of the Backstreet Culural Museum, Sylvester "Hawk" Francis, who died September 2020; Big Queen Kim "Cutie" Boutte, who was killed August 2020; and Ronald Lewis, founder and proprietor of the House of Dance & Feathers, who died March 2020.

Like Jazz Fest itself so many times, let's end this list with Neville brothers. On Saturday, May 7, there was an Ancestor unveiling in honor of Art and Charles Neville. Art passed in July 2019; Charles in April 2018. On Sunday, May 8, on the Festival Stage, there was a tribute performance by the funky Meters and Ivan Neville & The Neville Brothers Band featuring Cyril and Charmaine Neville. 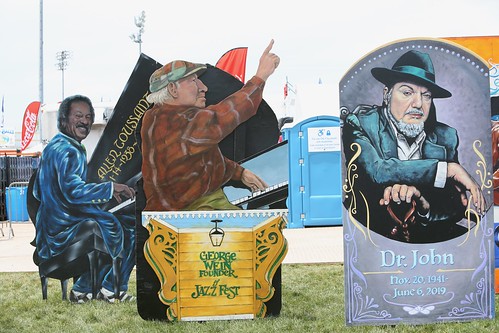 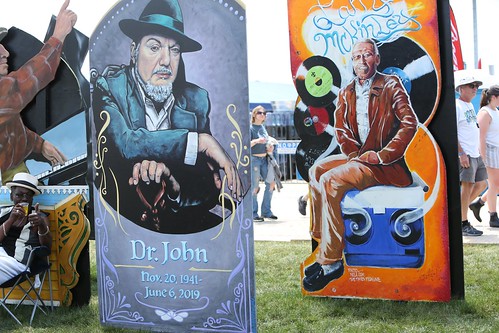 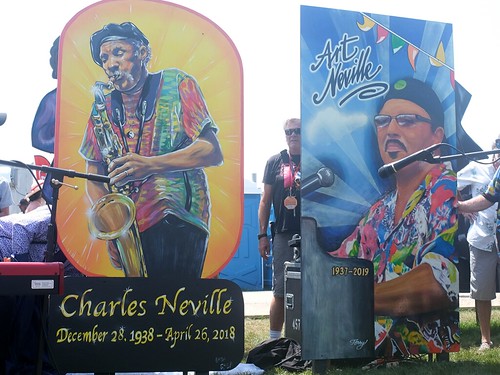 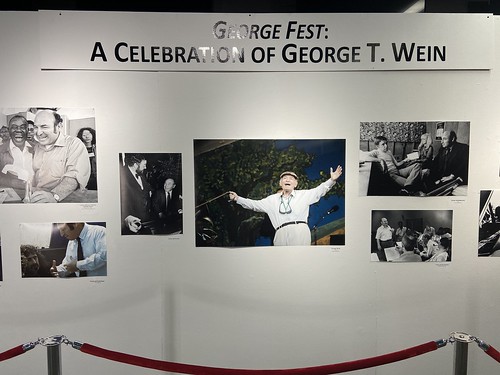 A celebration of George Wein in the Grandstand at Jazz Fest on May 6, 2022. Photo by Carrie Booher. 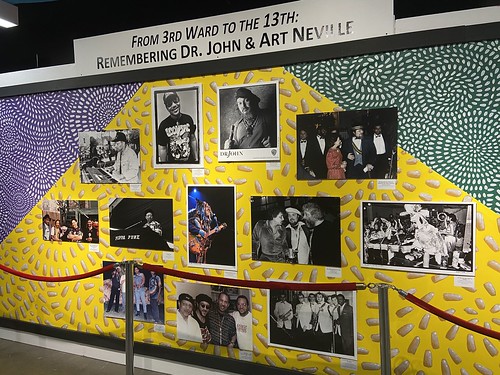 Remembering Dr. John and Art Neville in the Grandstand at Jazz Fest on May 6, 2022. Photo by Carrie Booher. 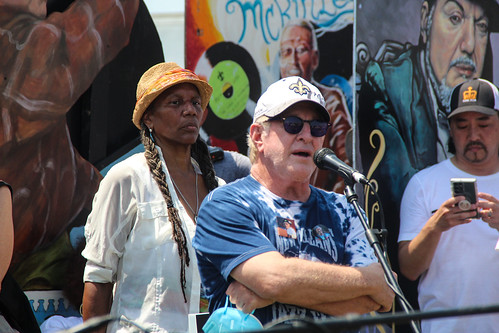 Quint Davis speaks in front of Charmaine Neville at the ceremony unveiling ancestor monuments for Charles and Art Neville at Jazz Fest 2022. Photo by Katherine Johnson. 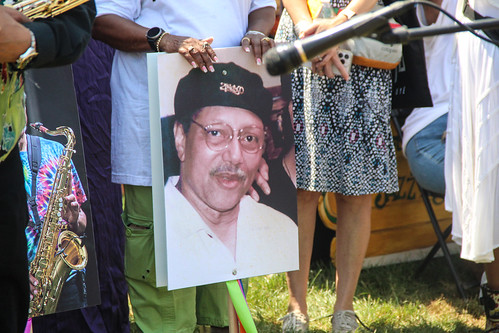 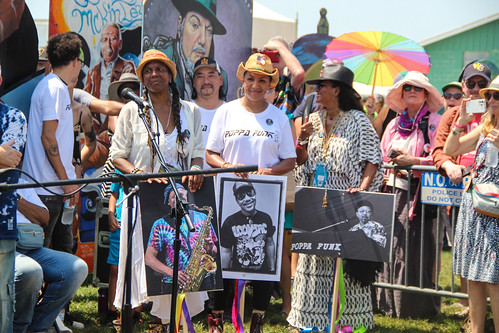 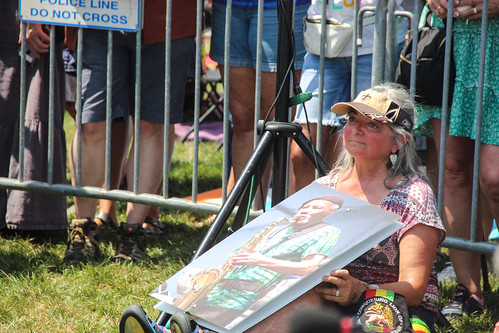 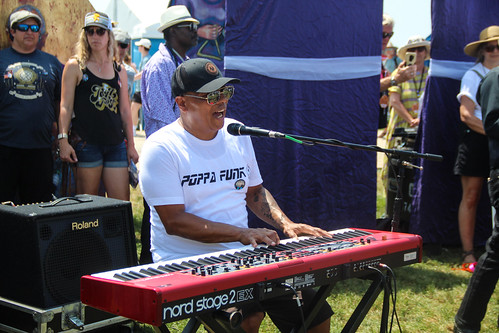 Ivan Neville at the ceremony unveiling ancestor monuments for Charles and Art Neville at Jazz Fest 2022. Photo by Katherine Johnson. 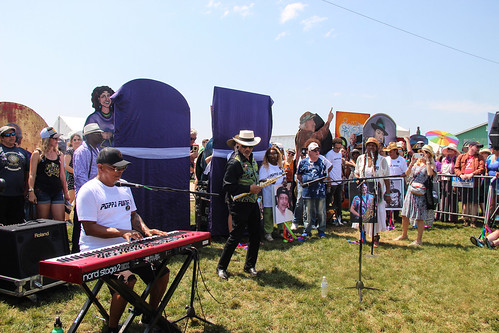 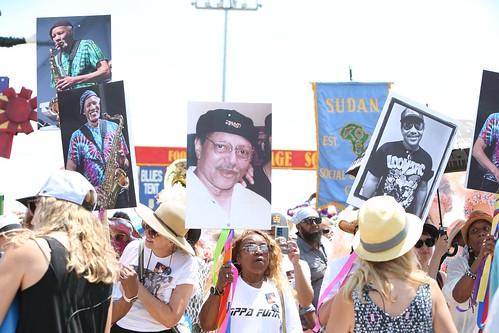 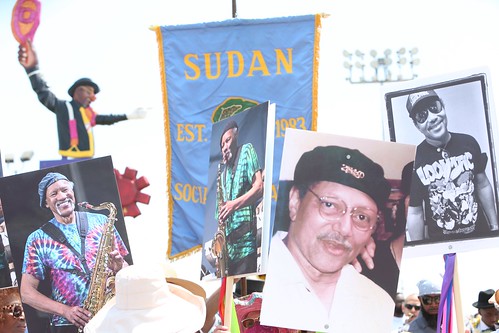 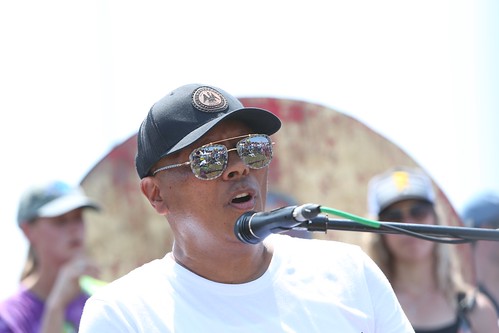 Ivan Neville at the unveiling of monuments to Charles and Art Neville. Photo by Michele Goldfarb. 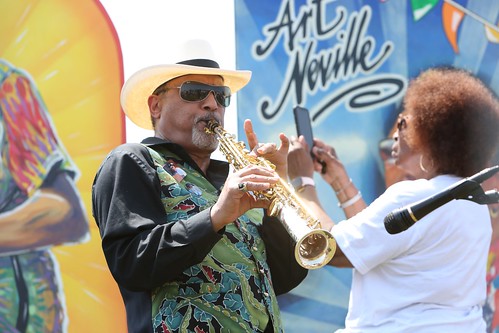 Unveiling of monuments to Charles and Art Neville. Photo by Michele Goldfarb. 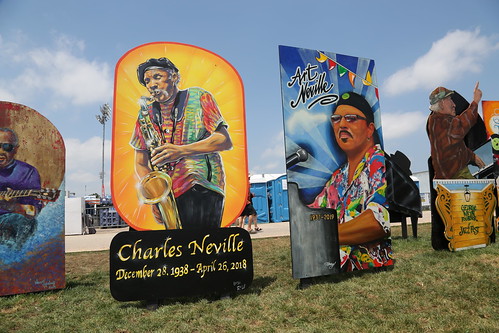 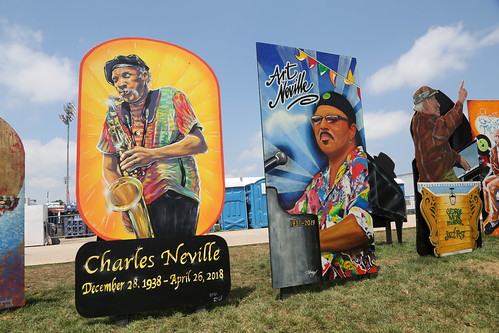 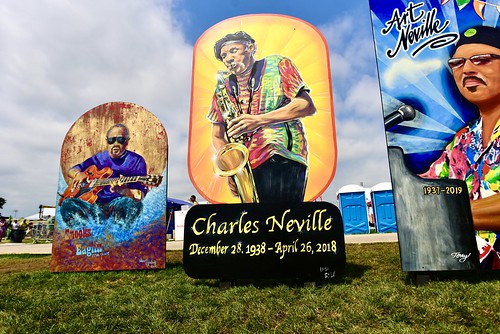