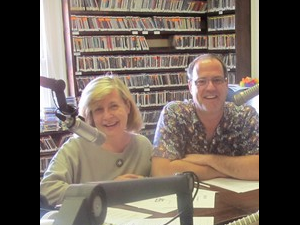 For those of you who did not know Diana Pinckley passed away last week. She was not only one of WWOZ’s most generous supporters but also an active volunteer at the station. The Times-Picayune did a wonderful article about her life and her involvement within the community we wanted to share with y’all. She will be missed greatly.

Below is an excerpt, please read the full remembrance piece by The Times-Picayne on Nola.com

"Ms. Pinckley raised money for WWNO-FM and was an active volunteer at WWOZ-FM. She frequently went on the air to raise money for the latter station, which was a major passion of hers because of her devotion to New Orleans music. Whenever Ms. Pinckley did a fundraising broadcast, she always exceeded the goal for her time slot.

One such gig occurred shortly after Women of the Storm's third trip to Washington, where Ms. Pinckley was one of a group chosen to go to Vice President Joe Biden's office to meet with his staff. That didn't faze her, but when she was at WWOZ two days later with a renowned local musician, she couldn't contain her enthusiasm, sending out this text in capital letters: "I'M IN THE STUDIO WITH DAVE BARTHOLOMEW!"