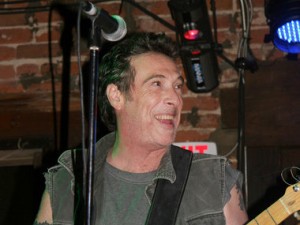 Gary was well-known for his soulful lyrics and sandpaper vocals. He left behind an expansive musical catalogue in which his spirit and legacy lives on. Hirstius began as a guitarist/vocalist with his garage band Mongrel and continued his musical career with Lil Brooklyn, the Topcats, Continental Drifters, the Jr. Mays Band, Levon Helm, Gary Hirstius and Day 7. Gary last performed at the Tropical Isle on Bourbon Street and with Creole Soul and worked on a variety of projects.

in the name of Gary Hirstius.