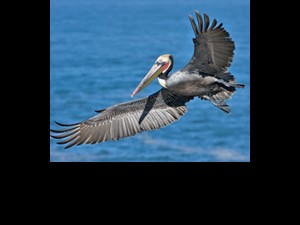 On April 20, 2010, an explosion on the Deepwater Horizon oil rig (leased by British Petroleum) set off an historic oil spill in the Gulf of Mexico, just off the Louisiana coast. While BP and government cleanup efforts are ongoing, many musicians, artists, organizations, and businesses are doing their part to help out.

A year later, it is still not clear how much oil remains in the Gulf and when it will actually recover. Gulf seafood has returned to our favorite restaurants, but this does not mean that the disaster for the Gulf, its wildlife, its fisherman and people is over.

My name is Dearled Knotts i live in San Diego,CA and i was one of the Engineers who created these suppresser systems. I have an easy and logical way of stopping this oil leak, seriously... I have made over 300 phone calls to try to get in contact with someone to tell my plan to. All i need is a minute to explain what i can do. This is a dummy proof plan and i can also give you easy and effective way to clean up this oil as well. Im very serious and i want to get this stopped before any more damage is done. Please call at (619)267-1450 or (619)723-7561 and (619) 459-4779 Thank you for your time and please call so we can work togather to stop this NOW.

Mr. Knotts, we strongly encourage you to contact local government and BP with your solution. Unfortunately, no one at WWOZ is qualified to vet any possible scientific solutions to this disaster.

No doubt you have been told this before, but the company taking responsibility for the clean up is BP, a name change that took place when a 40% interest was taken by US shareholders. I share US concerns regarding the clean up, but take exception to the constant Brit Bashing by the US President and other Americans. BP has, quite rightly taken responsibility for this accident, which was caused by a US contractor using US equipment.
BP is reported to be clearing compensation claims within 48 hours and has agreed to waive the its right to the legal limit on compensation/clean up costs. It is a financially sound company and will see this through to completion. So please support its efforts and let it pay a dividend, which it can afford, rather than depressing its share price, which helps nobody, particularly US and UK pension funds.

It is a shame about the drop in stock prices for BP. But, that is only natural considering the situation.

No one is against the British, we took care of that about 200 years ago (just joking!).

Seriously, BP has created their own bad reputation.

There is no amount of money on this planet that could ever make up for what has happened and what has been lost.

To top things off, BP officials, and some other high caste British have opened their mouths to let some unfortunate things escape.

Check this out! Good luck to all those affected by this unprecedented disaster.