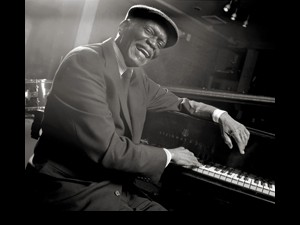 Hank Jones, a pianist, composer and bandleader with one of the most storied careers in the music world, died on May 16, 2010, at age 91. The list of musicians with whom he collaborated reads like a history of jazz: swing icons like Benny Goodman and Artie Shaw, beboppers like Charlie Parker and Coleman Hawkins, '60s jazz legends like Cannonball Adderley, Miles Davis and Wes Montgomery, as well as countless other great musicians.

Jones—older brother to drummer Elvin and cornetist/trumpeter Thad—began studying piano as a young boy, captivated by the sound of stride players like Art Tatum and Fats Waller. He emerged onto the music scene during the swing era, but he was soon caught up the bebop revolution and became one of the first pianists to adopt the new style. He was especially renowned as an accompanist for singers, and worked with the very best. Sarah Vaughn, Ella Fitzgerald, Billie Holiday; all were drawn to his rich harmonic vocabulary and subtle dynamic approach.

In the face of all his success, Jones exhibited a peculiar modesty. In the '40s and '50s he received offers to join Charlie Parker's and Miles Davis' groups, but declined both, reportedly saying "I'm not good enough to do that."

Over the course of his long career, Jones recorded over sixty albums. He continued at full pace right up to his death, partnering with younger players and performing at festivals and concert halls. His final recording, a collection of duets with bassist Charlie Haden, is due out later in 2010.