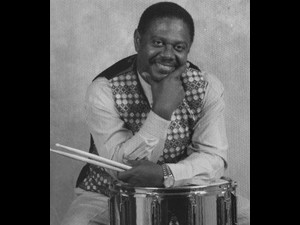 We are sad to report that drummer Bernard "Bunchy" Johnson passed away on Sunday, March 21.

A native of both the Uptown and Treme neighborhoods of New Orleans, Bunchy Johnson had plenty of childhood experience second-lining with Mardi Gras Indians and brass bands. While still in his teens, Bunchy toured with King Floyd, Johnnie Taylor, and Candi Staton.

The entire WWOZ community would like to express its heartfelt condolences to Bunchy's family and friends.

There will be a service for Bernard "Bunchy" Johnson at Trinity Episcopal Church on Saturday, March 27, at 9 a.m., with a repass and tribute immediately after at Sweet Lorraine's. For more info, please contact the club at (504) 945-9654.