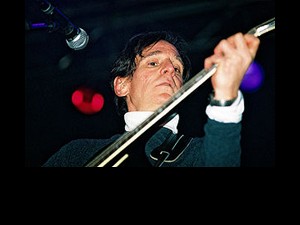 Songwriter, guitarist, singer and producer Alex Chilton (b. 1950) passed away on March 17, 2010, here in New Orleans. He was scheduled to play with the latest version of Big Star at this year's South By Southwest festival in Austin, TX. The show was replaced with an all-star tribute performance on March 20.

The Memphis-born Chilton was best known for his singing with The Box Tops as a teen and his later influential work with Big Star. He moved to New Orleans in the 1980's and had a solo career on smaller independent labels, also performing with The Panther Burns. His talent wasn't limited to making music; he produced albums by groups including the Cramps. He eventually reformed Big Star (and reunited a version of the Box Tops) and played with them right up until his death.