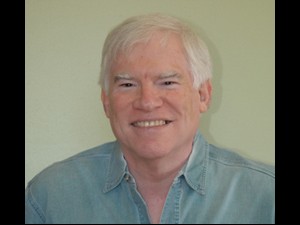 The following is a transcript of a presentation by David Freedman, General Manager of WWOZ FM New Orleans, at the Grammy Week Louisiana Economic Development Office of Entertainment Brunch for 300 music industry executives.

I know it looks, walks and quacks like rampant boosterism, but if you examine the history of jazz, blues and even soul, among other pop genres, we at WWOZ FM New Orleans really do believe that Louisiana is the cultural wetlands of America. And as General Manager of that community radio station operated by 350 passionate volunteers, it was only natural that we would want to broadcast every live musical performance we could find-from the city's clubs, festivals, churches and even the streets.

Woefully under-resourced and sorely overwhelmed by the possibilities, we simply couldn't help ourselves, making recording after recording for some future day when the pile of tapes would be appreciated for what they were-a national treasure. That was about as much of a plan as we could afford, either financially or motivationally. Had we understood the costs and difficulties of best archival practices and metadata architectural design... had we realized how daunting it all was, we may well have settled for spinning discs like most other radio stations.

But our intuition and zeal drove us forward. And fortunately, at the other end were the Grammy Foundation and the Library of Congress to advance the narrative of our dream, ironically catalyzed by the nightmare known as Katrina. As the floodwaters rose in 2005, WWOZ FM came within a foot of losing half of its collection of thousands of hours of unique and irreplaceable recorded performances. But then, the real ironic twist: the nightmare woke us up to face a much more terrifying reality-that we were already in the process of losing this collection to the ravages of time as the recording media deteriorated and the playback formats became obsolete and inaccessible.

One month after the drowning of New Orleans, regrouping 90 miles away in Baton Rouge and spurred on by a sense of urgency and near-loss, we quickly found the Grammy Foundation's Grants Program but were too close to the deadline to create the necessary documentation. So we appealed for more time.

The Grammy Foundation quickly and graciously responded by establishing a separate cycle for Gulf Coast restoration, which eventually permitted WWOZ, as well as many others, to receive preservation funds. Then we turned to the East Coast and found a newly minted program at the Library of Congress created to preserve the world's largest and most comprehensive collection of films, television programs, radio broadcasts and sound recordings. In amazingly short order, our entire collection was accepted for transfer to usable WAV format. We allocated some of the Grammy funds for rapid accessioning and are now using the remainder to compile the associated metadata that will render our collection truly functional.

Just this month, we received our first hard drive of recordings from the Library of Congress. So, we are deeply grateful to have this moment before 300 of the music industry's leaders to present to Kristen Madsen, Vice President of the Grammy Foundation, a recording of the very first transfer to be returned to us by the Library of Congress. It is a Mardi Gras program I produced at WWOZ in 1997 that won a Golden Reel award that year.

And to Pat Loughney, Chief of the Packard Campus for Audio Visual Conservation at the Library of Congress, I would like to give the most recent recording made by WWOZ-it's a recording of a January 20 broadcast of the Treme Brass Band in the Candlelight Lounge. As fate would have it, as we speak here today, I understand that the crew of David Simon's forthcoming HBO series Treme, is setting up in that same Candlelight Lounge to film the Treme Brass Band. So here is a little foretaste of what will be seen and heard across America later this year.

In closing, I would like to cite something Keith Frazier, drummer for the Rebirth Brass Band, shared with me years ago. He said, "Tradition is not something you inherit from your ancestors. It's a loan you take out from your children." And today, I would have to say that both the Grammy Foundation and the Library of Congress have stepped up to pay off that loan with big-time interest. And we thank both of them for helping WWOZ's dedicated Guardians of the Groove complete this audacious initiative.