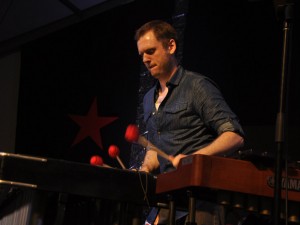 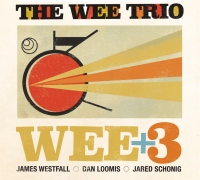 The Wee Trio formed in Brooklyn in 2008 but sounds of New Orleans are sprinkled throughout their latest, Wee + 3. The Trio tells stories of impressive depth through jazz; it is the most narrative an album could get without having words. New Orleanian James Westfall's vibraphone jumps out on many songs, particularly 'Titan Up,' a tribute to his new Nashville home and their football team.

Local trumpeter Nicholas Payton joins the trio on 'Sabotage' and the seemingly Mardi Gras inspired 'Belle Femme De Voodoo,' as well as 'No Justice,' a song that runs the gamut from beautiful to downtrodden to hopeful. Other guest appearances on Wee + 3 include Fabian Almazan and Nir Felder. The final track, 'Apparition,' is a hauntingly beautiful song; immediately bringing to mind some kind of "other" world. Check out 'Climb' from the album below.

"As The Wee Trio, we challenge ourselves to never play a song the same way twice," the group says. "In every live performance we stretch to find something new in that moment, and this act of reaching is a riveting experience for us as well as our listeners."

The Wee Trio have been met with critical acclaim in recent years. Downbeat stated "The Wee Trio often veers from the expected…questioning the rules of jazz orthodoxy. They keep the music substantive and riddled with direction surprises. Definitely a group to watch."

The San Francisco Chroncile said "With James Westfall’s vibes in the forefront, the group has a fresh sound, and bassist Dan Loomis and drummer
Jared Schonig flow like the tides. Wee’s sound is not wee, it’s huge."

Wee + 3 is available now on mp3 from iTunes and Amazon.

You can catch them live in New Orleans at Snug Harbor on November 19.