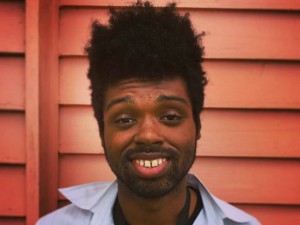 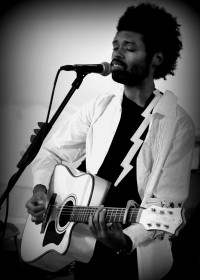 "This EP was inspired by themes of love, heartbreak, infatuation, and faith. But as for the way R&B is evolving, I have mixed feelings about it. It sounds good from a musical standpoint, but the content is really what bothers me. Nowadays, the genre only talks about doing people wrong and one-upping each other.” – Ameal Cameron, Jr.

Ameal Cameron’s debut EP Mended Melody was released on May 20, 2016 – and it’s impressive for a freshman work of art. The five track acoustic R&B project opens with a mid-tempo shuffle called “Drifting Away,” which takes the listener on a maiden voyage through a relationship plagued by regret, resentment, and the hope that reconciliation is possible one day.

Although the EP is categorized as R&B, it feels much more versatile than that as elements of rock, jazz, pop, and blues are sprinkled throughout the approximate twenty minutes it takes to get through it. However, it’s time well spent. The true beauty of Mended Melody lies in the fact that there’s breathing space in between the tracks, which gives the listener time to process each song.

Cameron glazes over every track in graceful falsetto that transports listening ears directly into the midst of the story he’s telling. The majority of the songs talk about the stages of love, and Cameron does a great job of painting how beautiful vulnerability can be. The most impressive track off the EP may be 'Cut Your Losses.' It creeps in with a faint echo and progresses to a velvety vamp that eventually locks in the gritty groove of this powerful ballad. By the time the last track, 'Trance,' rolls around Cameron’s sound– which is somewhat reminiscent of R&B icon Miguel--is etched in the mind of his audience.

The 21-year-old Baton Rouge, Louisiana native and self-taught musician started playing guitar four years ago at the encouragement of his father, high school choir teacher, and a host of friends. On Mended Melody, he was backed at the Baton Rouge Music Studios by a three piece band comprised of drummer Brian Bell, bassist Ryan Erwin, and vocalist Carolyn Ray.

Cameron will be performing on Saturday, August 6 at Jolie Pearl in Baton Rouge and on August 21 at Acme Taco and Burger in Lafayette. You can also find Cameron on Facebook and Instagram.