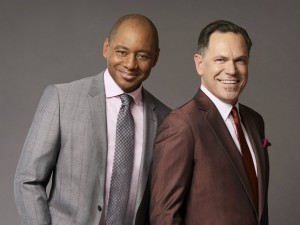 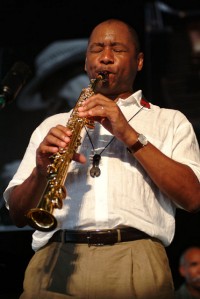 For Upward Spiral, the latest from Branford Marsalis and his quartet, Marsalis partnered with vocalist Kurt Elling, a man with a deeply rich voice that's comparable to the great Frank Sinatra. The resulting sound as these two masters of the modern era combine is one of strength, delicacy, and artistic play that brings out the best in both. Upward Spiral was recorded in just a week, right before Christmas 2015, at the Ellis Marsalis Center for Music in New Orleans. It's a fantastic blend of songbook staples, jazz standards, and new songs. The musicians "tested" the songs and arrangements during a weekend-long set of performances at Snug Harbor before getting into the studio, and the album was released less than six months later.

Upward Spiral's 13 tracks showcase an impressive array of techniques and styles. On the second track, 'Blue Gardenia,' Elling's deeply rich singing bring the romantic swing of Bing Crosby's era to mind. 'From One Island To Another' is a wild ride through an ocean of sound. Notably, 'Doxy' takes on a bebop sound. The tempo changes again on the quietly smooth 'Blue Velvet.' The album's title track, 'The Return (Upward Spiral)' is a truly beautiful presentation, highlighting the best of both Marsalis and Elling in one track.

“My philosophy of jazz is that it should be about strong melodies and a great beat, and every song here has a melody that you can hold in your mind, that you can sing," says Marsalis. "This is not jazz as a personal think tank, where people are only concerned with impressing everyone already inside of the tank with deconstruction and reharmonization. This is the kind of music that should expand our base to include people who would like jazz if it were friendlier. From the minute Kurt started performing with us, it was all good.”

Upward Spiral is available now on CD, vinyl, and mp3 from Amazon, iTunes, and all the finer record stores near you--including the Louisiana Music Factory.

Branford Marsalis will be performing on October 21 at the River Center Theatre in Baton Rouge.