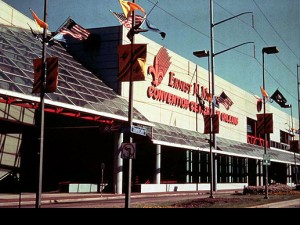 The Ernest N. Morial Convention Center - New Orleans was designed to capitalize on the spiraling pace of the exposition market in the Crescent City, and in doing so, bolster the booming local tourism/hospitality industry. Its conceptual development began in 1978 when the New Orleans Exhibition Hall Authority, the governing body of the proposed convention center, was formed to bring about construction of the facility.

Since opening in 1985, the Morial Convention Center has captured a sizable share of the convention market nationwide with its operations impacting every segment of the local hospitality/tourism market – including hotel bookings, dining, transportation, shopping, entertainment, local tours and cruises.

Location: Along the mighty Mississippi River, within walking distance of the French Quarter, Jackson Square, the Aquarium of the Americas and 30,000 first-class hotel rooms.